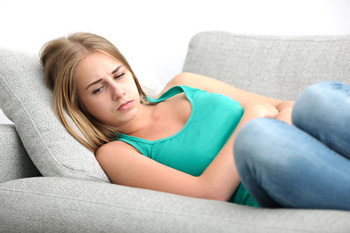 After a teen has been menstruating for a few years, her menstrual cycle typically becomes more regular. For most women, a normal menstrual cycle ranges from 21 to 35 days. However, up to 14% of women have irregular menstrual cycles or excessively heavy menstrual bleeding. Most abnormal uterine bleeding can be divided into anovulatory and ovulatory patterns.

The most common menstrual irregularities include:

Dysmenorrhea: Painful periods that may include severe menstrual cramps.