Whatever questions you have about getting and using contraception, this guide can help. It aims to give practical information to everyone who wants to know more about contraception, and anyone with a question about the method they use or are thinking about using. 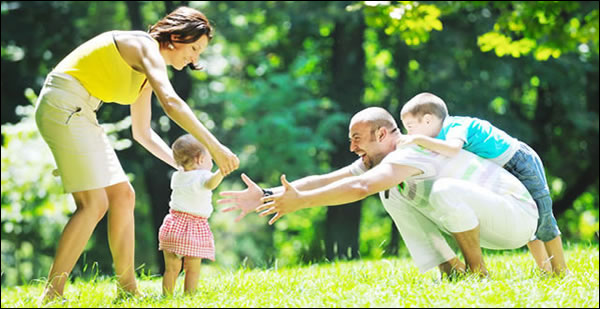 You can start by finding out about the methods of contraception you can choose from, including how they work, who can use them and possible side effects. These methods are:

The contraceptive cap is a circular dome made of thin, soft silicone. It’s inserted into the vagina before sex, and covers the cervix so that sperm cannot get into the womb. You need to use spermicide with it.

The cap must be left in place for six hours after sex. After that time, you take out the cap and wash it. Caps are reusable. They come in different sizes, and you must be fitted for the correct size by a trained doctor or nurse.

The combined oral contraceptive pill is usually just called the pill. It contains synthetic (artificial) versions of the female hormones oestrogen and progesterone, which women produce naturally in their ovaries.

When taken correctly, the pill is over 99% effective at preventing pregnancy. This means that fewer than one woman in 100 who use the combined pill as contraception will get pregnant in one year.

When used correctly during vaginal sex, they help to protect against pregnancy and sexually transmitted infections (STIs).

Male condoms are made from very thin latex (rubber), polyisoprene or polyurethane, and are designed to stop a man’s semen from coming into contact with his sexual partner.

When condoms are used correctly during vaginal sex they help to protect against pregnancy and sexually transmitted infections (STIs).

The contraceptive implant is a small flexible tube about 40mm long that’s inserted under the skin of your upper arm. It’s inserted by a trained professional, such as a doctor, and lasts for three years.

The implant stops the release of an egg from the ovary by slowly releasing progestogen into your body. Progestogen thickens the cervical mucus and thins the womb lining. This makes it harder for sperm to move through your cervix, and less likely for your womb to accept a fertilised egg.

The injection contains progestogen. This thickens the mucus in the cervix, stopping sperm reaching an egg. It also thins the womb lining and, in some, prevents the release of an egg.

The contraceptive patch is a sticky patch, a bit like a nicotine patch, measuring 5x5cm. It delivers hormones into your body through your skin. It contains the same hormones as the combined pill, and it works in the same way. This means that it prevents ovulation (the release of an egg); it thickens cervical mucus, which makes it more difficult for sperm to travel through the cervix; and it thins the womb lining, making it less likely that a fertilised egg will implant there.

A contraceptive diaphragm is inserted into the vagina before sex, and it covers the cervix so that sperm can’t get into the womb (uterus). You need to use spermicide with it.

The diaphragm must be left in place for at least six hours after sex. After that time you take out the diaphragm and wash it. They’re reusable. Diaphragms come in different sizes – you must be fitted for the correct size by a trained doctor or nurse.

An IUD is a small T-shaped plastic and copper device that’s inserted into your womb (uterus) by a specially trained doctor or nurse.

The IUD works by stopping the sperm and egg from surviving in the womb or fallopian tubes. It may also prevent a fertilised egg from implanting in the womb.
The IUD is a long-acting reversible contraceptive (LARC) method. This means that once it’s in place you don’t have to think about it each day or each time you have sex. There are several types and sizes of IUD.

An IUS is a small, T-shaped plastic device that is inserted into your womb (uterus) by a specially trained doctor or nurse.

The IUS releases a progestogen hormone into the womb. This thickens the mucus from your cervix, making it difficult for sperm to move through and reach an egg. It also thins the womb lining so that it’s less likely to accept a fertilised egg. It may also stop ovulation (the release of an egg) in some women.

The IUS is a long-acting reversible contraceptive (LARC) method. It works for five years, so you don’t have to think about contraception every day or each time you have sex.

Natural family planning is a method that teaches you at what time during the month you can have sex without contraception and with a reduced risk of pregnancy.

It works by plotting the times of the month when you’re fertile and when you’re not. You learn how to record fertility signals, such as your body temperature and cervical secretions (fluids, or mucus), to identify when it’s safer to have sex. Natural family planning is more effective when more than one fertility signal is monitored.

It contains the hormone progestogen but doesn’t contain oestrogen.

The vaginal ring is a small, soft plastic ring that you place inside your vagina. It’s about 4mm thick and 5.5cm in diameter. You leave it in your vagina for 21 days, then remove it. Seven days after removing the ring you insert a new one for the next 21 days.

The ring releases oestrogen and progestogen. This prevents ovulation (release of an egg), makes it difficult for sperm to get to an egg and thins the womb lining so it’s less likely that an egg will implant there.

Emergency contraception can prevent pregnancy after unprotected sex or if your contraceptive method has failed, for example a condom has split or you’ve missed a pill. There are two types:

Emergency contraception does not protect against sexually transmitted infections.

There are two permanent methods of contraception:

This prevents the woman’s eggs from reaching sperm and becoming fertilised. Eggs will still be released from the ovaries as normal, but they will be absorbed naturally into the woman’s body.

During a minor operation, the tubes that carry sperm from a man’s testicles to the penis are cut, blocked or sealed.

This prevents sperm from reaching the seminal fluid (semen), which is ejaculated from the penis during sex. There will be no sperm in the semen, so a woman’s egg can’t be fertilised.

Vasectomy is usually carried out under local anaesthetic, and takes about 15 minutes.