Using a surrogate mother — surrogacy — is still somewhat controversial. But it is one more option people have for having a baby through new reproductive technologies.

What Is a Surrogate?

There are two kinds of surrogate mothers. 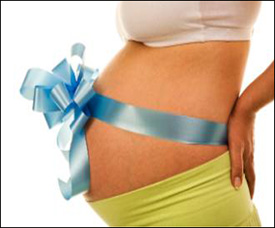 A woman might decide to use a surrogate for several reasons:

Other women choose surrogacy after trying unsuccessfully to get pregnant with a variety of assisted-reproduction techniques (ART), such as IVF.

There are several ways to find a surrogate mother:

Friends or family. Some people ask a friend or relative to be a surrogate for them. Doing so is somewhat controversial. But given the high cost of surrogacy and the complex legal issues it raises about parental rights, a tried-and-tested family relationship can be simpler to manage.

A surrogacy agency. Most people turn to a surrogate agency to arrange a gestational surrogate. The agencies act as go-betweens. An agency helps would-be parents find a suitable surrogate, makes arrangements, and collects any fees passed between parents and the surrogate, such as reimbursement for her medical expenses.